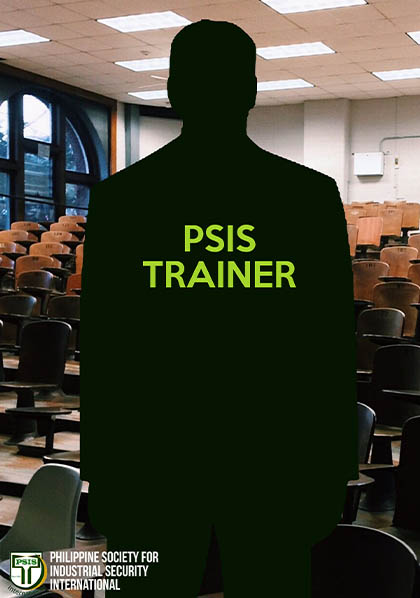 Director Bergado saw the first light if day in Zamboanga. He finished his Elementary Education as Salutatorian at the St. Vincent’s College in Dipolog City and graduated the Secondary with honors at the Ateneo de Zamboanga. He earned his Bachelor of Laws at the MLQ University in 1962.

He was a teacher in Zamboanga in 1966. In 1970, he came to Manila, and embarked on a marketing career with the PhilamLife. And for two years, he served as technical assistant to Constitutional Convention Delegate, Atty. Augustus Saguin of Dipolog City. In 1972, he joined the National Grains Authority, now the National Food Authority, as Inspector. For his meritorious accomplishments, he was promoted to Special Investigator and finally as Provincial Director. He was a government school at the Development Academy of the Philippines where he earned his Mater in Management, out of the 250 entrants, only 30 passed. In 1988, he availed an early retirement.

In 1991, he organized and steered the Southern Tagalog-based Blue Tip Security and Services Inc. which in only three years of operation, was awarded with the “Best Security Agency”. In the same period, he was elected as President of PADPAO Region IV, which position he has continuously been holding up to the present for a successive period of eighteen years. In 1996, he became a Director of the National PADPAO. And in the following year (1997-1997 term), he was elected to the position of Executive Vice-President. In 1998, two (2) months after his election for his third term, the President, the late Mayor Platon, resigned on April 19, 1998. Director Bergado, by virtue of succession, was installed as the National President of PADPAO on April 29, 1998. Thenceforth, he was successively served as National PADPAO President. Thus, his eleven consecutive terms as National President of PADPAO has already surpassed the longest termer President of PADPAO, Atty. Jose Poe.

Some of President Bergado’s major programs for PADPAO are: The professionalization of security agency operators through a series of managerial courses to be jointly sponsored by CSG-SAGSD and PADPAO; housing program for security guards and personnel. Computerization of information on security agencies and the maintenance of a watch list for guards, clients, and allied bank for guards and a PAPDO Assistance Center.

He was a recipient of several awards and plaques of recognition and appreciation from previous leaderships of the Philippine National Police and prestigious from organizations, the most telling of which the Leadership Award was given by Director General Edgar Aglipay, in his capacity as Chief, Philippine National Police and similar awards by PNP Regional Directors. He was awarded with the Most Outstanding Alumnus of Ateneo de Zamboanga.

He earned the titles of a Certified Security Professional and Certified Security Management Specialist. He is also a Labor Consultant and Lecturer in the Security Industry. He attended International Conventions on Security in Hong Kong, Singapore, Malaysia, and the American Society for Industrial Security, which was held at Dallas Texas, USA.

With his valuable contributions to the Security Industry, his name is already a by-word in fact synonymous with, PADPAO.